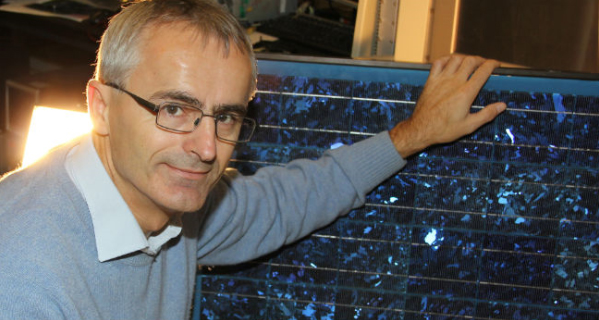 When the industry develops wind turbines and solar cell power plants it is essential that their components are reliable, that the link to the power grid is robust, and not least that multiple energy sources can be linked on the grid without adversely affecting each other. Researchers in power electronics at Aalborg University are leading in this area, and last week received prestigious international awards for three scientific articles.

When the industry develops high power electronics, it is necessary that the finished products are both reliable and thoroughly tested before they come on the market. However, testing new components in production is often a rather lengthy affair. But Aalborg University researchers, in conjunction with Grundfos, have developed mathematical models that make it possible to predict the life span of components depending on their load.

It is of enormous significance for the industry that they can predict when individual components have reached the maximum load. It means that you will be able to replace the component before it fails and thus prevent operational breakdowns and costly repairs, says Professor Frede Blaabjerg, a co-author on all three award-winning articles.

The article on research on the life span of components was voted "Best Paper" by the journal IEEE Transactions on Power Electronics which is considered to be the world's most prestigious journals in the field of power electronics.

The renewable energy system industry also relies on the link to the power grid being robust, and that the grid can handle multiple energy-producing units at one time without compromising production stability. These are the two research areas underpinning the two other scientific articles that also received international honors last week. The one article was voted "Best Paper" in IEEE Journal of Emerging and Selected Topics in Power Electronics, while the other received the honor of best paper at the IEEE Energy Conversion Conference.

Reaping so many awards from major prestigious journals and conferences signifies that Aalborg University is among the absolute world elite when it comes to research in power electronics. This is a major acknowledgment of Frede Blaabjerg and his team and of Aalborg University as a whole, says Mogens Rysholt Poulsen, Dean of the Faculty of Engineering and Science.

Facts about the three awards

The article discusses how mathematical models can predict the life span of power electronic components.
The article was written in conjunction with Grundfos.
The article is based on research conducted by the Center for Reliable Power Electronics (CORPE) which is supported by Innovation Fund Denmark.

The article may be here: Design of LCL Filters With LCL Resonance Frequencies Beyond the Nyquist Frequency for Grid-Connected Converters.

2. "Best Paper" in IEEE Journal of Emerging and Selected Topics in Power Electronics.

The article discusses how solar cell inverters and wind turbine controls behave when they are linked to the power grid. The article proposes design methods to develop more robust controls.
The article was written in conjunction with a researcher from Nanyang Technological University, Singapore.
The article’s research has been implemented in the European Research Council Advanced Grant project "Harmony".

The article may be found here: Passivity Enhancement in RES Based Power Plant with Paralleled Grid-Connected Inverters.

The article is published in IEEE Transactions on Industry Applications and discusses the problems that occur when there are multiple energy-producing units on the grid, such as solar cell systems. One of the risks is that they affect each other and thus are not as stable. The article offers solutions to ensure stable operation that can be used by the industry today.
The article’s research has also been implemented in the European Research Council Advanced Grant project "Harmony".

Professor in Power Electronics, AAU Department of Energy Technology. Earlier this year, he also garnered international recognition for being the world’s most cited researcher per publication in Engineering, and he was designated as a VILLUM Investigator.