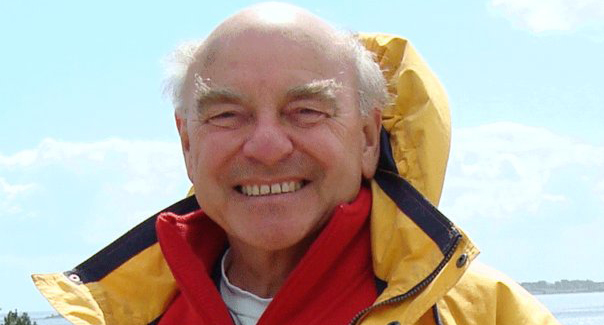 It is with great regret and sorrow that we have learnt that our old colleague, Ewen Ritchie, passed away on 15th February 2021. For many years, Ewen was a highly treasured colleague at the department, who played an important role for many of us as well as for our students. Ewen was a warm and caring person, who will be missed by all of us who knew him.

Andrew Ewen Ritchie was born in Scotland in 1943. His father was a soldier and tragically, he was killed in 1944 during the Allies’ campaign in Italy. Ewen and his mother moved to Yorkshire where Ewen lived until he moved to Denmark. He was always proud of his Scottish roots and his doughty Yorkshire heritage.

Ewen graduated with an Honours degree from the University of Bradford in 1966. He had a position as a development engineer at the English Electric Company in Bradford.

In 1985, he and his family moved to Aalborg where he worked at Trige-Titan a/s. In 1986, he was appointed as an External Lecturer at Aalborg University and in 1987, he was granted a position as Associate Professor.

Ewen worked as an engineer for around 52 years, of which he spent 30 years at the Department of Energy Technology. Throughout his career at Aalborg University, until his retirement in 2017, Ewen taught and supervised students from the first semester students to the Masters' and PhD level. He was appointed to a number of committees at Faculty level; he took part in many national and international research projects and was instrumental in establishing the Department of Energy Technology as a de-facto world leader in research and development within electro technical energy engineering.

Ewen played a key role in introducing efficient permanent magnets motor in pumps and compressors, which is greatly used today with huge energy savings. He published widely in scientific journals.

Ewen was at his best when dealing with students: encouraging them in his own way and giving an extra helping hand to those who needed it. He was the key component in the success of the Introductory Semester for foreign students starting on their Master programme at the Department. In 2016, Ewen was made an Honorary Member of the Danish Magnetic Society.

Now, Ewen had a unique brand of interacting with people – when you met him he exhibited a firm aura of authority: later, when you interacted with him you got to know him as being warm, generous, sympathetic, caring, helpful (in his own way) and basically.. yes .. kind .. and nearly forgot one thing, humorous. All of us who have met him as a colleague, as a student, or in other situations, have been bountifully enriched.

We mourn his passing and our thoughts go to Ewen’s wife Jane, their children and grandchildren.