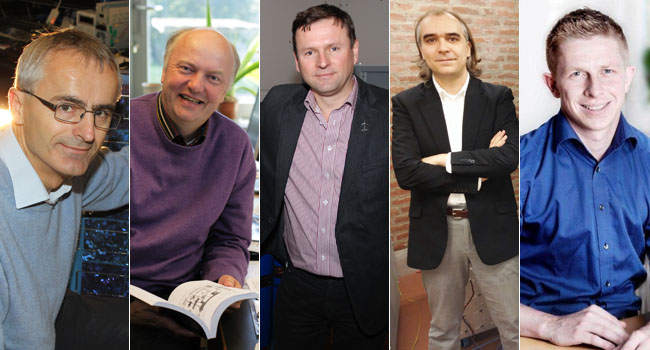 Five Energy Researchers from AAU are Among the Most Influential

The list of Highly Cited Researchers 2015 highlights particularly influential names in a variety of scientific areas. Among the new names this time is AAU Professor Brian Vad Mathiesen, expert in energy planning and frequent contributor to the Danish and European debate on the future of more sustainable energy and transport systems. He takes his inclusion on the international research hit list as an approving pat on the back:

- It’s a sign that we do things thoroughly and with scientific credibility. It requires hard work, and this recognition provides support for me and others to continue doing what we do, says Brian Vad Mathiesen.

Whether it also means something, he is unsure:

- I think the most important thing is to have done your homework. In the long run, that’s what counts. Also in my world when I look at what others are doing.

Out of the world's roughly nine million researchers, Thomson Reuters has selected some 3000 names in 21 different categories. The five energy researchers from AAU are in the category of engineering where there are only about 160 researchers worldwide. Thomson Reuters’s stated mission with the list is “to recognize and support excellence in the scholarly community.” Thomson Reuters notes that the selected researchers can take it as an expression of the fact that their peers consider their contributions as being among the most valuable and important in their area of expertise.

The selection is done based on a thorough analysis of how often the researchers are cited by other researchers. The analysis is based on data for an eleven-year period.