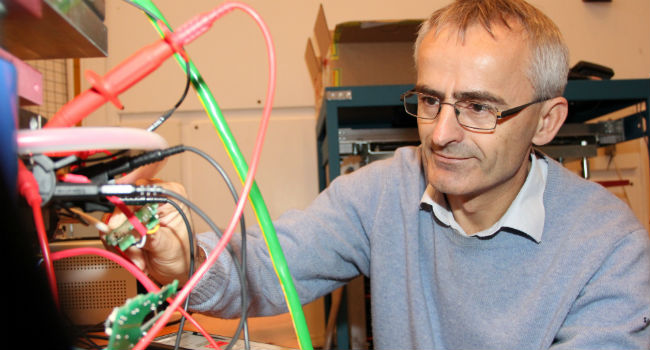 In 2019 and 2020 the president of the world's largest association of researchers in power electronics will be Danish. Professor Frede Blaabjerg of Aalborg University has been elected to take over the top post of the IEEE Power Electronic Society (IEEE PELS).

IEEE is the world's largest professional association of engineers with more than 425,000 members worldwide. IEEE consists of 39 societies, each representing a specific area of expertise in engineering; Frede Blaabjerg will be president of one of these societies, IEEE PELS, in 2019 and 2020.

IEEE PELS is an international society consisting of more than 9,000 researchers and practitioners in the power electronics field. When it was founded in 1988, power electronics was just a small niche technology and no one back then imagined how crucial a role the technology would play in the transition to sustainable energy. Today, the wind turbine, automotive and solar cell industries and the entire energy network are deeply dependent on the ongoing research in this area. Frede Blaabjerg’s election as president underscores Aalborg University's unique position in the field of power electronics.

- When a top researcher like Frede occupies a position like this, the university as a whole gets a boost, also on the international stage. I hope it can contribute to even more international researchers and collaborators becoming aware of Aalborg University’s qualities, says Rector Per Michael Johansen. – But first and foremost, it is an enormous recognition of Frede’s impact on research in power electronics.

For several years, Frede Blaabjerg has distinguished himself as one of the most influential researchers in the field of power electronics, and he has been honored on several occasions, including world's most cited researcher per publication in engineering earlier this year. So his election as President of IEEE PELS is a crowning event on his 32-year long involvement with IEEE.

- As a young researcher and a member of IEEE, I never imagined that I would be president of a society. But as I became increasingly involved in the organization's work, the more I also thought of course that it would be the ultimate experience, and that it would be an ultimate contribution to this society, says Frede Blaabjerg.

He expects that he will draw considerably on his management experience at Aalborg University where he has been the major driving force in building a world-class research community.

- IEEE PELS is a complex organization with many countries and cultures represented, so I'll certainly need patience to bring things together. But I believe that I have the skills it takes to get it all to work, says Frede Blaabjerg.

Some of the key issues the future president of IEEE PELS will be involved in include increasing membership and, in particular, developing even better products so that members feel they are getting "value for money." But Frede Blaabjerg also sees it as an important task to ensure a solid generation shift in the organization.

- Many of the members who hold the most important positions in IEEE PELS have been active in the organization for many years. So I see myself playing a major role in ensuring that the next generation can be regularly admitted to some of the leading bodies so they will be ready to take over, says Frede Blaabjerg.