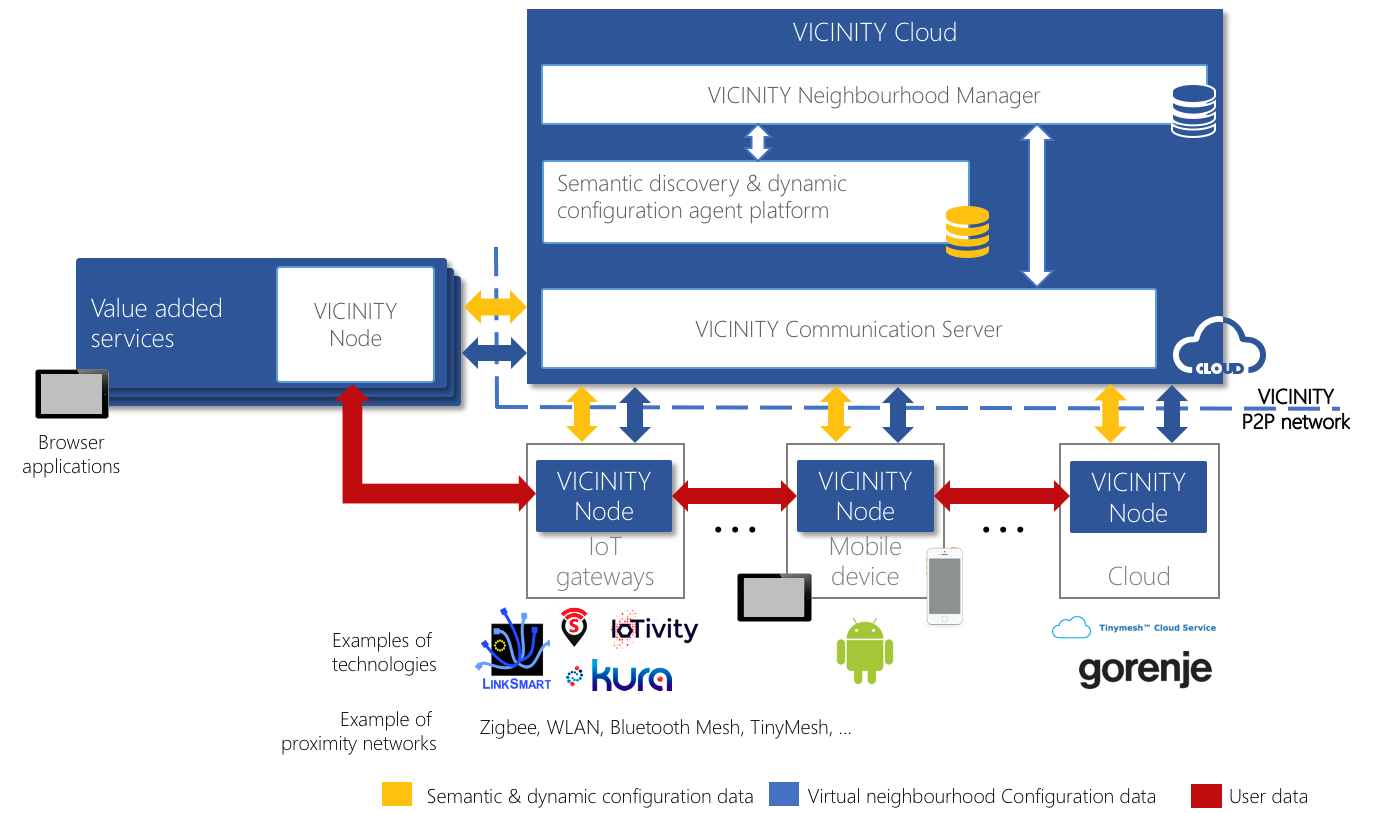 Specific Challenge: The evolution of the Internet of Things embedded in Smart Environments and Platforms forming a web of "everythings" has been identified as one of the next big concepts to support societal changes and economic growth at an annual rate estimated at 20%.

The overall challenge is to deliver an Internet of Things (IoT) extended into a web of platforms for connected devices and objects. They support smart environments, businesses, services and persons with dynamic and adaptive configuration capabilities.

Challenge – Nowadays various IoT networks are being deployed for sensing, measuring, controlling and business process optimization purposes while various IoT platforms are emerging on the market1 to manage these networks. Nevertheless, these infrastructures are mostly acting as isolated islands in the global IoT landscape while inter-connection of these islands might bring significant value added (such as an ecosystem running on close to zero energy for example). Exploitation of these benefits is however inhibited by various interoperability barriers that are present in the current IoT ecosystems. Such barriers are:

Therefore, the present IoT landscape rather looks like a set of isolated islands shipped by different vendors serving for different domains. The ambition of the VICINITY project is to connect these islands into one global continent.

The VICINITY project will build and demonstrate a bottom-up ecosystem of decentralised interoperability of IoT infrastructures called virtual neighbourhood, where users can share the access to their smart objects without losing the control over them.

The solution will be based on an open interoperability gateway enabling different IoT networks to get connected into large ecosystems. The connections will be organised in a peer-to-per way, building social networks of smart objects called virtual neighbourhood. The operators of the particular IoT infrastructures can select which other systems they wish to connect to in a similar way as we are selecting friends in social networks, via a web-based neighbourhood manager where they can configure the scope of the cooperation with other systems (e.g. to decide which data are visible and which controls are applicable for a particular partner entity). Facilitating the integration of smart objects built on widely adopted standards the platform will be equipped with semantic discovery and dynamic configuration features automatically integrating such assets to VICINITY. 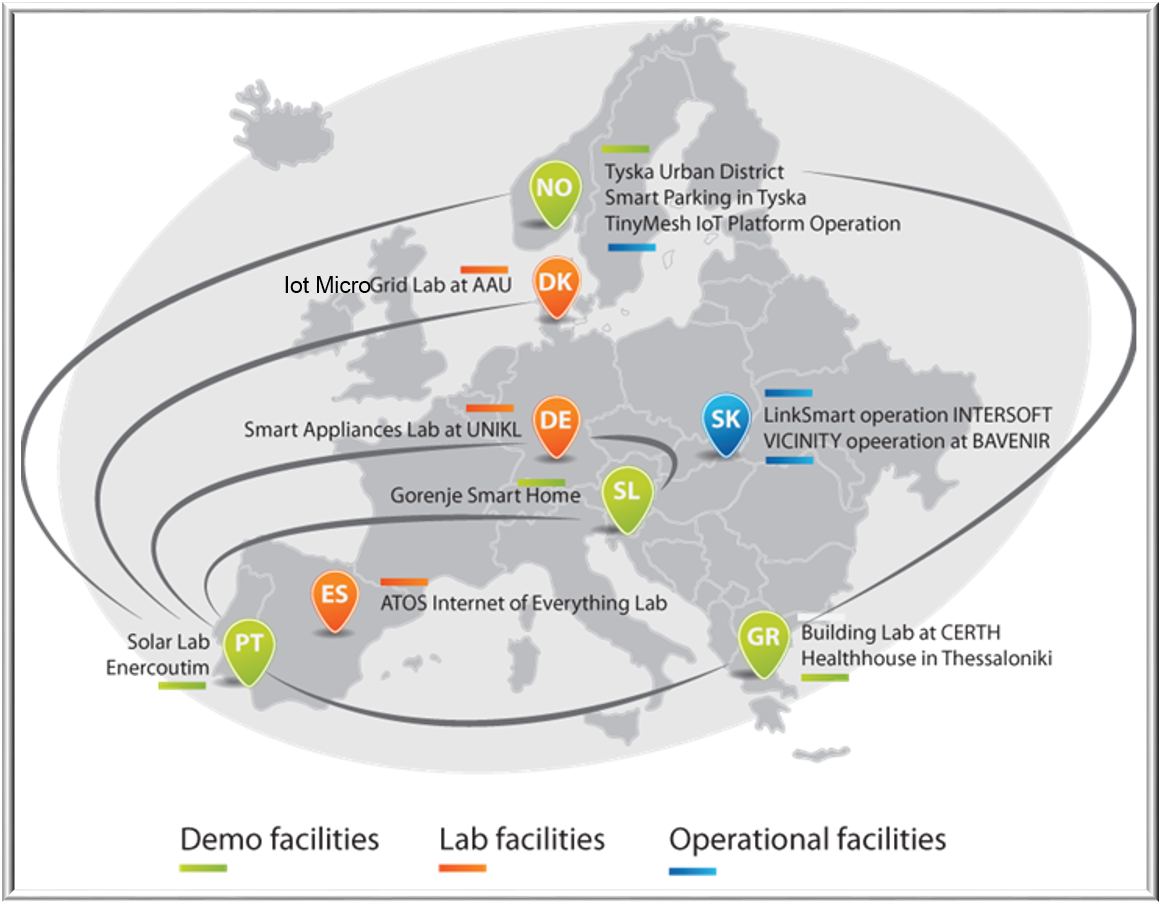 The power of cross-domain interoperability brought by VICINITY will be shown on a large-scale demonstration involving 8 sites in 7 countries. VICINITY will connect urban district and smart transport infrastructures in Norway, renewable site in Portugal and health-house in Greece. These real sites will be connected laboratory environments of smart grids in Denmark, M2M laboratories in Germany, intelligent building laboratories in Greece and last but not least IoE laboratories of ATOS in Spain.